Four Mistakes Sellers Should Avoid In Letters Of Credit

The most important thing for sellers in a letter of credit transaction is to attain to strict compliance with the documents required in the terms of the credit.

Banks involved in a letter of credit will not look at the quality or quantity of the goods but will definitely assess whether the documents required in the credit contract and the documents tendered by the seller are the same. More, they must exactly match.

In case banks find discrepancies between the documents required in terms of the contract and the documents presented by the seller, they may refuse to pay.

This is called principle of strict compliance, and it is by far the most important requirement for the seller: do not mess up with the documents.

Sometimes sellers might think that the differences are minor or trivial, or that in practice nothing changes; but that is not the case for the banks.

Hereafter we sorted the four most common mistakes sellers do in the tender of documents.

Suppose that an Indian manufacturer sells 1,000 pieces of apparel to a British retailer. If the Indian seller presents a bill of lading to the bank for 997 pieces of garment, the bank may refuse to pay. It does not matter that it is a minor difference. In fact, the bank will note a discrepancy between the documents that had been required under the terms of the credit, i.e. a bill of lading for 1,000 pieces of garment, and the ones presented by the seller, which indicate only 997.

2) Naming the goods with synonyms

This is typical of goods that can be named under a certain definition but can be also described with a specific name. This happens usually in agricultural products. A famous case involved the supply of «coromandel groundnuts». This type of groundnuts is technically described as «machine-shelled groundnut kernels». Within the industry, those two definitions referred to the same product. However, that is not good in a letter of credit. The issue was that the credit contract referred to the former definition, whereas the bill of lading reported the latter. Notwithstanding the fact that the two names were synonyms, the bank noted a discrepancy in the documents and refused to pay.

3) Omitting details required in the contract

You might think that rejection of documents for omitting details would apply only to important ones, such as if the documents do not include the name of the parties. Yet, banks may find discrepancies any time there are differences in the documents, no matter how trivial these may be. This might the case if all pages of the tendered documents must contain the number of the letter of credit and the name of the buyer, even if those details have already been mentioned in the first page.

Due to the amount of litigation on this topic, the ICC detailed in the latest version UCP 600, article 17, how copies shall be treated for the purposes of tendering documents in a letter of credit.

Essentially, a document is deemed to be original if it is signed or marked by the issuer; a copy of a signed document is, therefore, never an original.

Copies are admissible where the credit requires multiple documents, such as duplicates, in two-fold, etc. However, at least one original of each document must always be presented.

Are you looking for an export agent? Visit our business platform and find thousands of potential partners.

Get Paid In Advance With Anticipatory Credits

Anticipatory credits are a mix between cash in advance and a standard letter of credit. In fact...

If the seller and the buyer are involved in a long-term collaboration, they can resort to revolving... 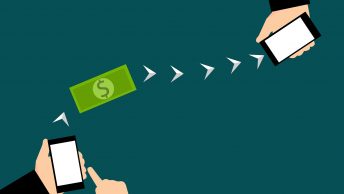