Gabon is one of the richest countries in Africa.
The GDP per capita (PPP) is $ 18,100, which is more than double the African average, and it is comparable with the Chinese one ($ 18,200).

How is it possible?

Essentially Gabon has abundant availability of natural resources (oil above all), while the population is small: only 2 million inhabitants.

Before speaking about business Gabon opportunities and risks, we made a small introduction to the country since it is not well known to most people.

Gabon is in the center of Africa and overlooks the Gulf of Guinea, which, as we have already talked about in other articles, is an area rich in offshore oil fields.

Gabon is crossed by the equator, and consequently has the typical equatorial climate, which means an abundance of rainfall and hot temperature all year long.
As you can see in the map below, forests cover almost the entire country.

The country looks small on the map, but the size of Gabon is similar to the United Kingdom or New Zealand. It seems little because it in the equator, and on the maps, it is not deformed (like countries closed to the poles) and appears small.

It is quite impressive: imagine that is such a vast area there are only 2.2 million inhabitants. Most of the population lives in a few cities. In particular, in the area of Libreville, the capital city, where is concentrated 40% of the entire population of Gabon.

Gabon borders Cameroon, Equatorial Guinea, and the Republic of the Congo.

First opportunity: one of the highest African GDP per capita

In the cart below, you can see the GDP per capita of Gabon compared to other countries in the world.
The value is particularly high in the African panorama.

However, we should consider that the income is not well distributed among the population, and there are huge inequalities (we will speak about it later).
It means that few people have a lot, while the majority is living in poor conditions.

From a business perspective, it means that there is the potential for exporting high-end products, or cheap ones. The middle class is relatively small. Unfortunately, such a situation is quite common in many low-income countries.

Gabon imports practically everything from outside, there are not relevant industries, and the Gabon economy is mostly based on the export of natural resources.

Gabon is a country with the large availability of natural resources.

The most important is oil, it has been discovered in the 70s, and it is extracted mainly offshore. Oil represents around 80% of Gabon’s export and 45% of the GDP.

However, it is not the only natural resource of Gabon.

The country is rich in manganese and is currently the third-largest producer in the world. Most of the mining sites are in the area of Franceville, the second largest city of Gabon, which is in the central part of the country in the middle of the equatorial forests.

Manganese represents around 10% of the export.

Other significant natural resources are gold, iron, and timber.

Gabon was part of French Equatorial Africa, a federation of French colonial possessions. The Federation dissolved in 1960, and today’s countries are Gabon, Chad, the Central African Republic, and the Republic of the Congo.

The period of French colonization strongly influenced Gabon, starting from the spoken language.

Despite there are three main languages spoken in different areas: Fang, Mbere, and Eschira and other minor languages spoken locally. French is used as a lingua franca and is spoken by around 80% of the population.

French is the only official language of Gabon, and it is consequently used in public administration and also the business.
It is a considerable advantage for those of you that are familiar with the French (that is among the most spoken and studied language in the world).

By the way, the French influence is not limited to speech but involves other aspects. For example, the Gabon law system is inspired by the French one.

Gabon uses together with other six African countries the Central Africa Franc (XAF).
It is pegged with the Euro and therefore is a stable currency.

It is a controversial aspect.

We should add that the first two presidents died, respectively, in 1967 and 2009. Therefore we can say that the presidents in Gabon only changed with the death of the president himself.

However, something is wrong. For a long period, there was only one political party, and only in 1990, after protests, were made reforms to have a more democratic country (including the creation of a multiparty system).

The opposition accuses that the country is not a democratic de facto, that there are frauds and there have been numerous protests, and even several failed coup attempts (the latest in 2019).

Despite everything, Gabon was one of the safest and most stable countries in that area of Africa, which in the last 60 years has been the victim of civil war, bloody coups, and divisions.

As we reported before, the GDP per capita is high ($ 18,100), however, the population is small with only 2,2 million inhabitants.

Is it possible that there will be a growth of the internal market in the future?
Hard to say.
We could expect a consistent increase in the population that could double in 2050.

The population growth is due to a high birth rate (3,4 children/woman on average) and due to immigration. Gabon has attracted migrants from neighboring countries because it was and is one of the most stable and safe countries in the area in which living conditions are better. By now, immigrants represent around 15% of Gabon’s population.

The wealth of the country is given above all by natural resources, the risk is that Gabon could increase the population without improving the revenue streams. So basically, wealth might remains constant but divided into a larger number of people.

Unfortunately, it is a possible risk. Because, even now, a large part of the population is unemployed and is employed in agriculture. There is no alternative source of income to the Gabon export of natural resources (at the moment).

The economy of Gabon is based on the export of natural resources. Oil in particular.

What is going to happen to oil prices in the next years?

In the last year, there has been a significant drop in the oil price. Of course, the main reason for the fall was the virus, however, structural changes in the energy sector are happening fast (electric cars, improvement of batteries, lower cost of renewable energy, etc).

Analysts disagree in charting the future of oil. No one can predict how fast the switch to renewable energy can be with the consequence of an oversupply of oil and a decline in the price.

If it is happening in a short time, it can be an enormous problem for the economy of Gabon.

The high GDP per capita is not reflected in the living conditions of most people because the income is not equally distributed among the inhabitants.

Unfortunately, it is a common scenario in many low-income countries with an abundance of oil or other natural resources. A small portion of the inhabitants is rich, while the mass is poor.

In this context, it is not surprising that corruption is high. Despite, according to Transparency International, the corruption level in Gabon is not worse than most of the other African countries.

According to the Doing Business study (World Bank), paying taxes in Gabon is complicated and time-consuming. It is one of the worst countries in the world from this perspective.

We are not speaking about the tax rate, but about the bureaucracy.

In the case of a medium-sized company, there are 50 payments during the years. It is a lot even if compared with the Sub-Saharan African countries (37 payments a year on average).

In Gabon, a medium company should spend more than 600 hours a year collecting information to pay taxes, prepare documents, and accounting in general. It is double the Africa standard and four times more than advanced economies.

Resolving a commercial dispute through a local court is particularly time-consuming in Gabon.
It takes double the time compared to the average of other African countries or advanced economies.

Gabon is a very particular country in the African panorama.

Thanks to the abundance of natural resources and a small population, it is one of the wealthiest countries in Africa.

Although wealth is not distributed equally among the population, living conditions are generally better than in other African countries, and some services are more developed than in neighboring countries.

Examples are a higher number of internet users, or that there is electricity in most of the houses located in the cities (outside cities is a different scenario, but only 10% of the population lives in rural areas).

Gabon should be an attractive country for exporters since most of the goods are imported. It is essential to find a reliable local partner since the bureaucracy, and corruption made it not easy for a foreigner to access simply the market.
The big question mark is the oil price.

Despite natural resources export is not limited to oil, oil is by far the most valuable driver of the GDP.

If oil prices decline in the next decades, Gabon can lose its status as a prosperous African nation, since, at the moment, there is not an alternative source of income that can compensate for the decline of oil export.

Visit our business platform if you are interested in doing business in Africa. Get in touch with other entrepreneurs and managers from all over the world.

Several small states in the world are constituted of one or more small islands isolated from the...

Cigars are an important exporting industry for the Dominican Republic CAFTA-DR, more informally... 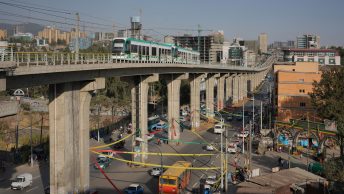