Sell To The Millenials (Generation Y)

First of all. Who belongs to the generation defined Millennials?

The graphic below represents how the generations are divided. The Millenial generation is identified by the people that have today between 25 and 40 years old.

Short premise: what is a generation?

It is clear that a person born in 1996 and one born in 1997 are very similar, despite “officially” they are part of 2 different generations. Every year children are born and a clear break cannot be created between one generation and another.

However, it has been observed that groups of people born in a certain historical period shared a series of common life experiences. And from a point of view of values, behaviors, lifestyles there is a similarity between these sets of people.

This similarity is also reflected in the purchasing preferences, which have a certain uniformity and similar tendency.

Why are Millenials becoming increasingly important for companies?

First: It is the largest demographic group

Around one person in three on the planet is a Millenial. We do not have to forget that while in developed countries the demographic boom happened in the ’50-’60 (and due to that the Millenials generation is not so much larger than Generation X). In most developing countries, it happened in the ’80-’90 in particular in China.

Due to that, while in Europe and the USA, the Millenial generation is not the largest, in most of the world people born between 1981-1997 are the majority.

Second: have a high spending potential

While Generation X is starting to retire, the Millenials started to work and gain money.

In the next 5 years, most of the workers will belong to the Millennial Generation.

Basically, in a few years, most customers with spending power will be the Millenials.

Are Millenials customers different from Boomers and Generation X customers?

The main difference is the concept of possession.

For previous generations, it was more important to own physically a certain good. It was a mindset and, for certain products, it was also a status symbol.

For Millenials, it is more important to spend money to buy experience and possession is not as important as in the past.

Let’s clarify with some examples.

On the other hand, they are more willing to spend on other goods or services, such as holidays or restaurants.

What can companies do to attract Millennials?

The idea is to create products that offer an experience. By the way, often it is not necessary to change the product offer, but it is enough to present it differently. The experience content of the product should be highlighted.

To stay on the example of cars, car companies in commercials are highlight more the experience of the model than the informative stuff. An SUV is often shown as “a car for adventures”.

Other brands that are observable in millennials are higher attention to some topics like the environment.

Adapt the marketing strategy to the habits of Millenials is one of the key factors to attract them. It is crucial to have a social media strategy since traditional communication channels (like TV) is less pervasive in new generations.

Having a social media strategy does not mean to publish some random photo on Instagram, but it is something more complex (but feasible). We will write a guide about it.

One note: it is right to observe that all the trends described above are not circumscribable to Millenials, but all the generations are increasing the interest on some topics (like environment, buy experience instead of products, etc). It is true, but we do not have to forget that Millenials have a strong power to influence also other generations. Millennials are the “new young families” condition their parents (Boomers) and children (Generation Z, for whom they buy directly most of the products/services). 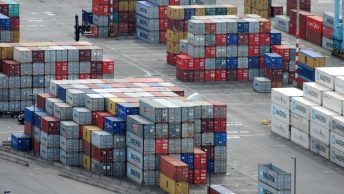 What is the Right Amount to Start Exporting?

One of the questions that is often asked is what is the minimum supply value for which it is... 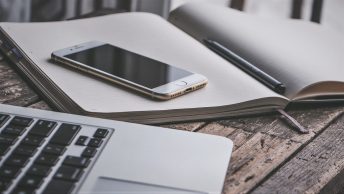 First Contact With a New Business Partner: Email or Call?

We have the contact of a potential new distributor, agent, or supplier and we want to contact... 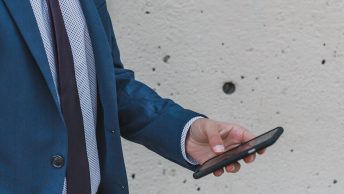 How To Prepare The First Call To A New Business Partner

How to make the first call to a new distributor, importer, or sales agent? The first...