You Can Use Incoterms For Domestic Shipments

A frequent question we are asked is: can we use the official Incoterms for domestic shipments?

This is usually the case with companies that trade a lot overseas and want to apply the same contracts they use with their foreign partners domestically.

And well, the answer is: yes, you can use the 11 official Incoterms 2020 also for domestic transactions. You can even use the Incoterms 2010 or older versions if your business partner agrees to use them.

However, before you jump into applying the same Incoterm that you use with your foreign partner to your domestic contracts (CIF, FOB or whatever it may be), there are three questions that you should ask yourself:

You will see what I mean in a second.

Is There A Domestic Alternative To Incoterms?

Incoterms is the acronym for International Commercial Terms; they are, in essence, rules of interpretation. Of what? Well, of the standard, domestic trade terms.

While Incoterms were first published in 1936, trade terms have existed for centuries.

When the global economy became more integrated since the late XIX century, merchants felt they needed more legal certainty to carry out their trades. They could not rely on domestic trade terms for international transactions, as these were often disputed, and parties had to go to court. That is why Incoterms exist.

The point for you is: for every official Incoterm, you should be able to find a standard trade term under the domestic law of your country.

They might go under different names, but they are the same: for example, under English law CFR Cost & Freight is still written in the old way C&F Cost & Freight; yet, it is the same term.

At the end of the day, if you carry out domestic shipments, why bothering with international law when you can use your own?

Is It Beneficial To Use Incoterms Instead Of Domestic Trade Terms?

Since Incoterms are internationally accepted trade terms, they might differ from their domestic equivalents. Usually, the difference relates to who is responsible for export or import clearance, which Incoterms define in great detail. Yet, for the purpose of domestic shipments, this is completely useless.

Other times the differences may regard more relevant obligations, such as who is responsible for packaging, loading, off-loading, etc.

We suggest to use Incoterms only if they define the obligations of the parties with greater clarity than domestic trade terms. Also, the parties must be willing to fulfill those obligations: for example, it would be useless to use EXW Ex Works Incoterms 2020, which requires that the seller is responsible for packaging, if the parties have agreed that the goods be delivered unpacked (as it is the case under the English term).

Are You Using The Right Incoterm?

One common mistake companies make is to use Incoterms that they are more accustomed to in all situations, including domestic shipments.

An American client of ours was unhappy about their contractual relation with one of their domestic clients. They were shipping under FOB Free On Board Incoterms 2010 using their own trucks. Essentially, they were not able to charge for transport costs.

The first thing we noticed was that they were using the wrong Incoterm: FOB is meant for waterway transport, not inland. Second, under FOB, the seller is not responsible for transport at destination: when the goods are presented to the carrier sent buy the buyer, the seller is cleared of any additional transport obligation.

What our client was looking for was CPT Carriage Paid To Incoterms 2020: the risk shifts to the buyer when the truck is loaded, but the seller is responsible for transport at destination.

Since we are not expert of US law, we told them to look for the equivalent of CPT under the laws of their state, and then to assess whether it was more beneficial for them to use the Incoterms rule or the US trade term.

Anyway, by shifting to CPT they were able to get paid for transport without incurring in additional risk.

Are you looking for a website where to find retailers and wholesalers? Visit our platform and connect with thousands of businesses! 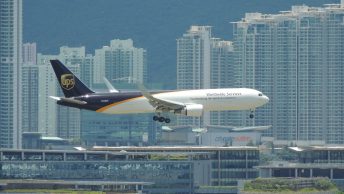